Co-funded by the European Erasmus+ programme, the ACTIV project - Acting and Collaborating to Tackle Intimate Violence - has as its main objective the socio-professional (re)integration of women facing domestic violence. Please discover the first publication of the project: "For a successful return to employment of women facing domestic violence: Guide & Key elements".

According to a 2014 study conducted by the European Union Agency for Fundamental Rights (FRA), one in three Europeans face gender-based violence, and more than one in five Europeans experience(d) domestic violence – a situation that has worsened since the onset of the Covid-19 pandemic. Domestic violence and discrimination are structural problems, based on systems of domination and reproduced repeatedly in society and its institutions. To dismantle these systems, it is important to get involved and bring the phenomenon to light.

For some years now, the debate has been moving out of the private sphere and companies started to get involved. Raising awareness among employers and providing training to employees is the way POUR LA SOLIDARITÉ-PLS chooses to take action against domestic violence.

The partners are proud to present the first publication of the project, a guide which highlights the main steps for a successful return to work:

The ACTIV project partners chose to approach the domestic violence problematic from the employment angle. The stakeholders who were interviewed for this study agreed that employment is a means of emancipation. Nonetheless, this approach must be applied with caution. Having a job allows women who have experienced domestic violence become more independent but for some, beginning the socio-professional (re)integration process is only possible after breaking the cycle of violence…

In order to break this vicious circle, it is important to be attentive and to respect the temporality of each woman. By analysing practices in the field, the ACTIV project partners were able to identify five groups of success indicators on the basis of which action can be taken to optimise the socio-professional reintegration of this vulnerable group. We thus propose an analysis grid and key elements that should enable women to become autonomous, to pursue education and training, and to find and keep a stable job. 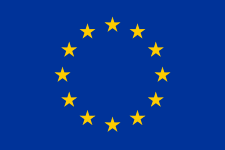 The ACTIV project is co-funded by the Erasmus+ Programme of the European Union.